The 10 Biggest Problems that Women may Face During Pregnancy

I interviewed several of my friends who already had babies, and here are the top 5 problems they had during pregnancy:

After research and interview, I found out that pregnant women usually cannot see the things below their belly, so that they feel very unsafe when they walk alone, especially walking upstairs. And slipping on the floor is a huge reason cause miscarriage.

So for this project, I decide to make a wearables for pregnant women to detect short range barriers. It is a small and movable sensor based detector that pregnant women can stick it in their shoes. The buzzer would make a sound when there are barriers near by. Also I would like to add LED lights on sleeve to visualize the distance between feet and barriers.

The sensor head emits an ultrasonic wave and receives the wave reflected back from the target. Ultrasonic Sensors measure the distance to the target by measuring the time between the emission and reception.

When an alternating voltage is applied to the piezoceramic element, the element extends and shrinks diametrically. This characteristic of piezoelectric material is utilized to make the ceramic plate vibrate rapidly to generate sound waves.

RGB LED Strip Light system is a creative, customizable way to add a splash of color to your world. The flexible strips feature a series of color changing LED diodes encased in silicone for increased durability. Using compatible connectors and controllers, you can create a unique system of light and color suited for almost any application. 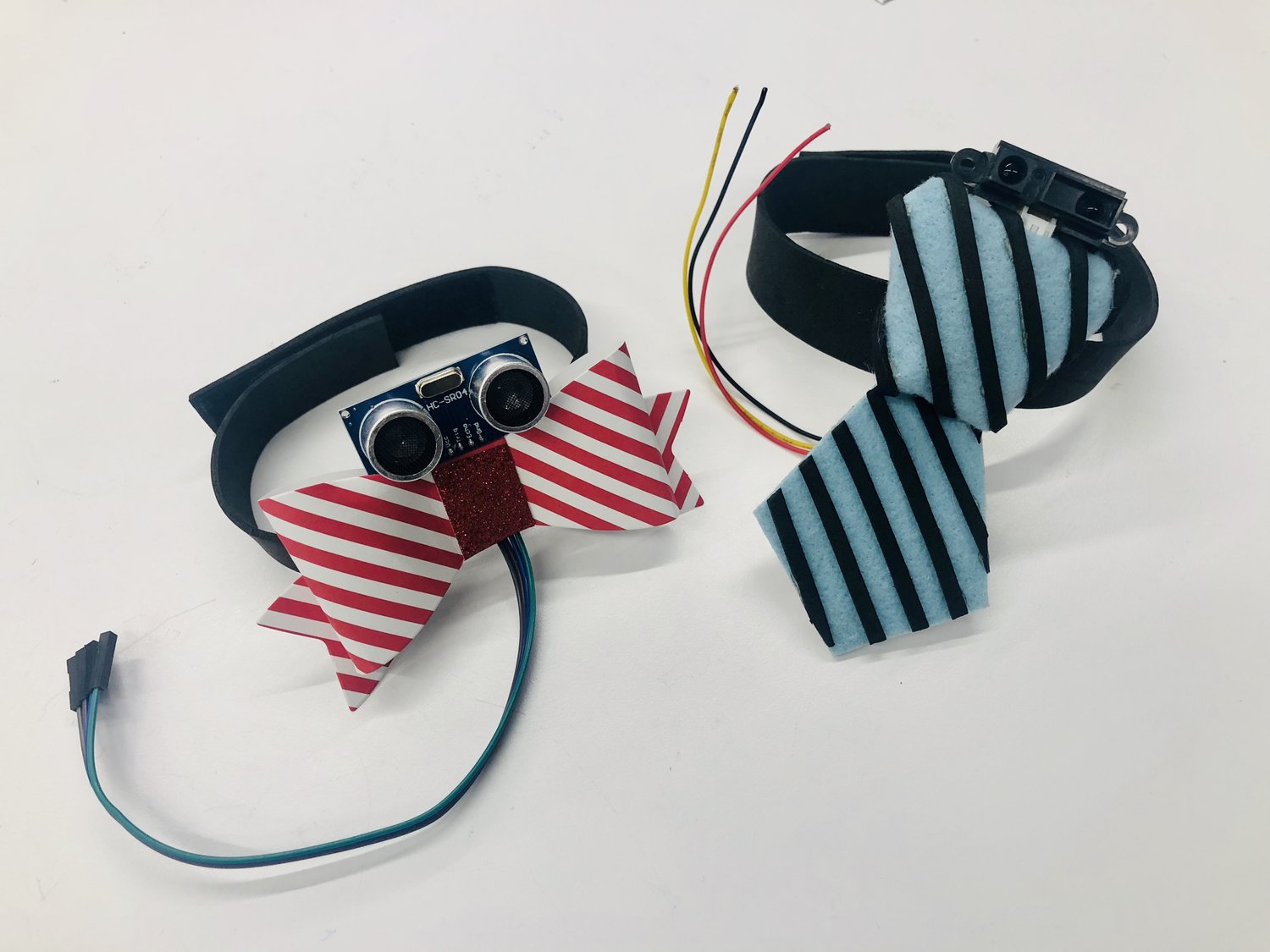 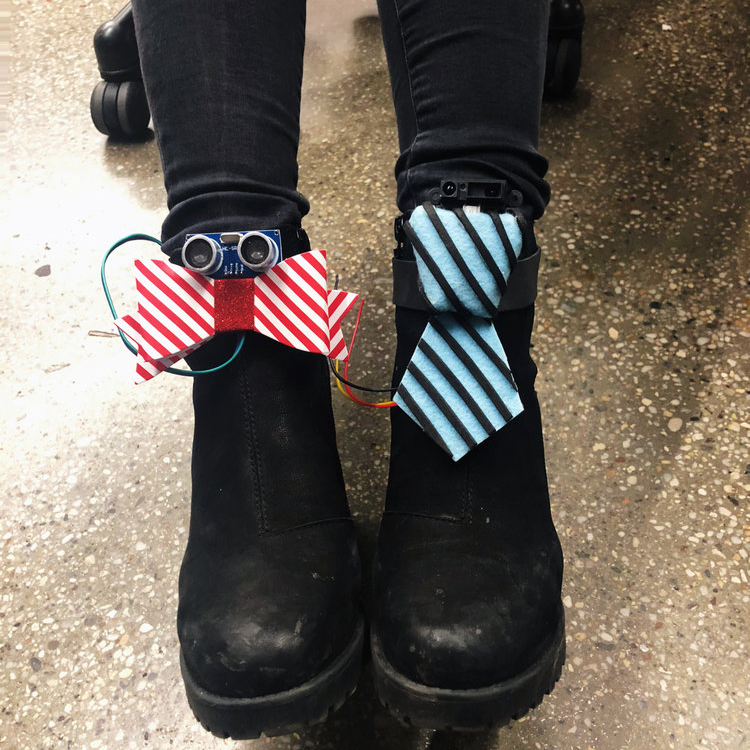 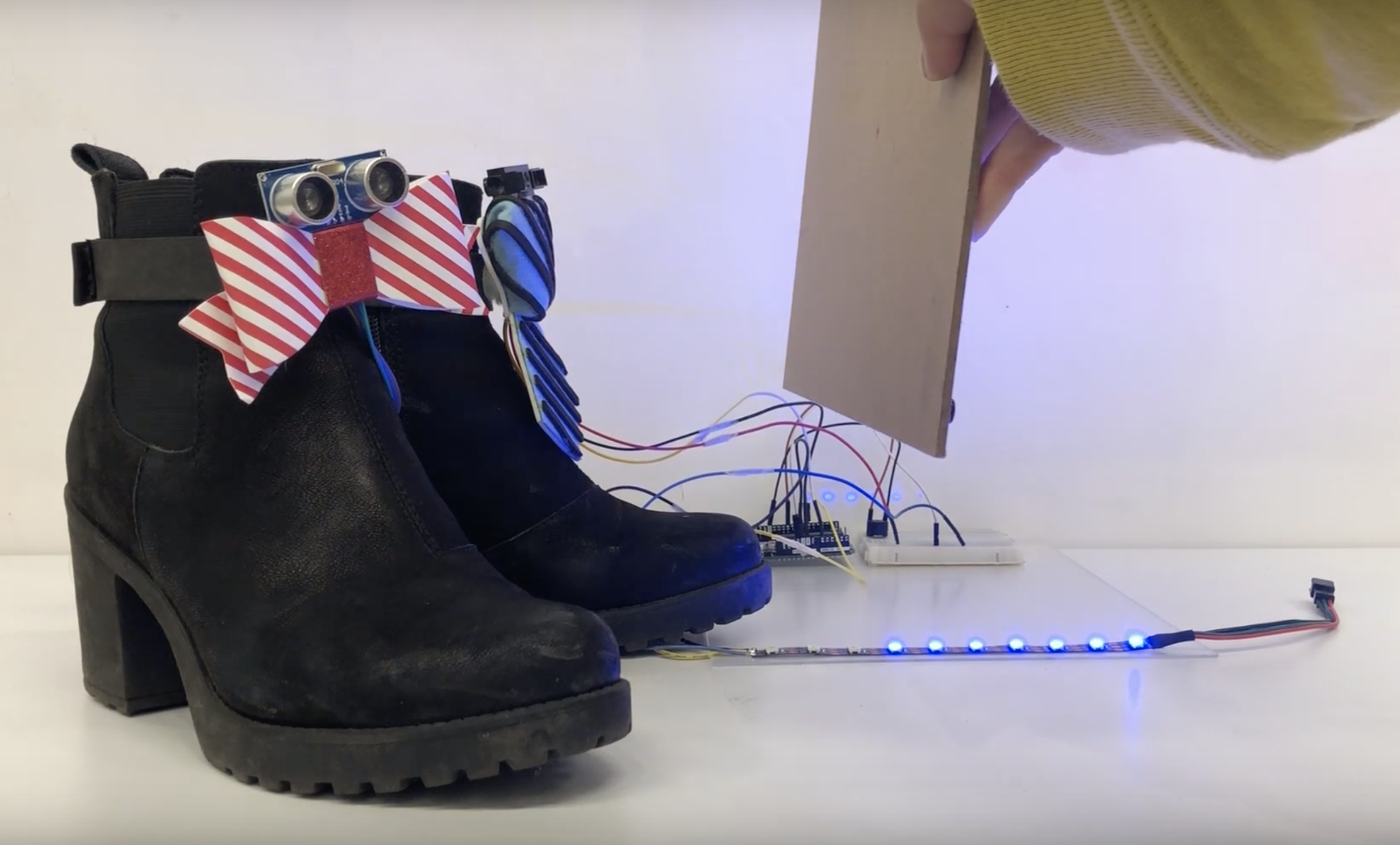 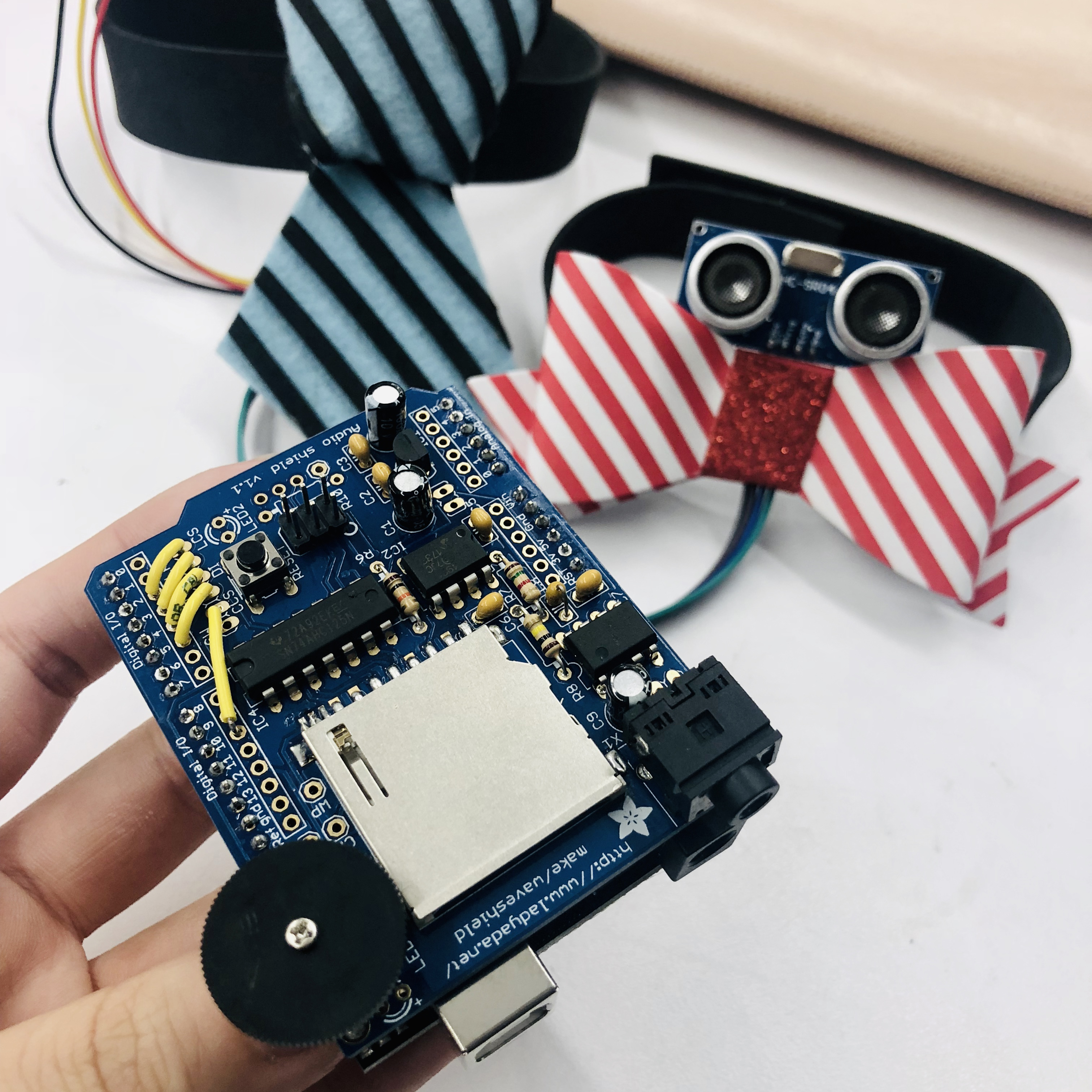 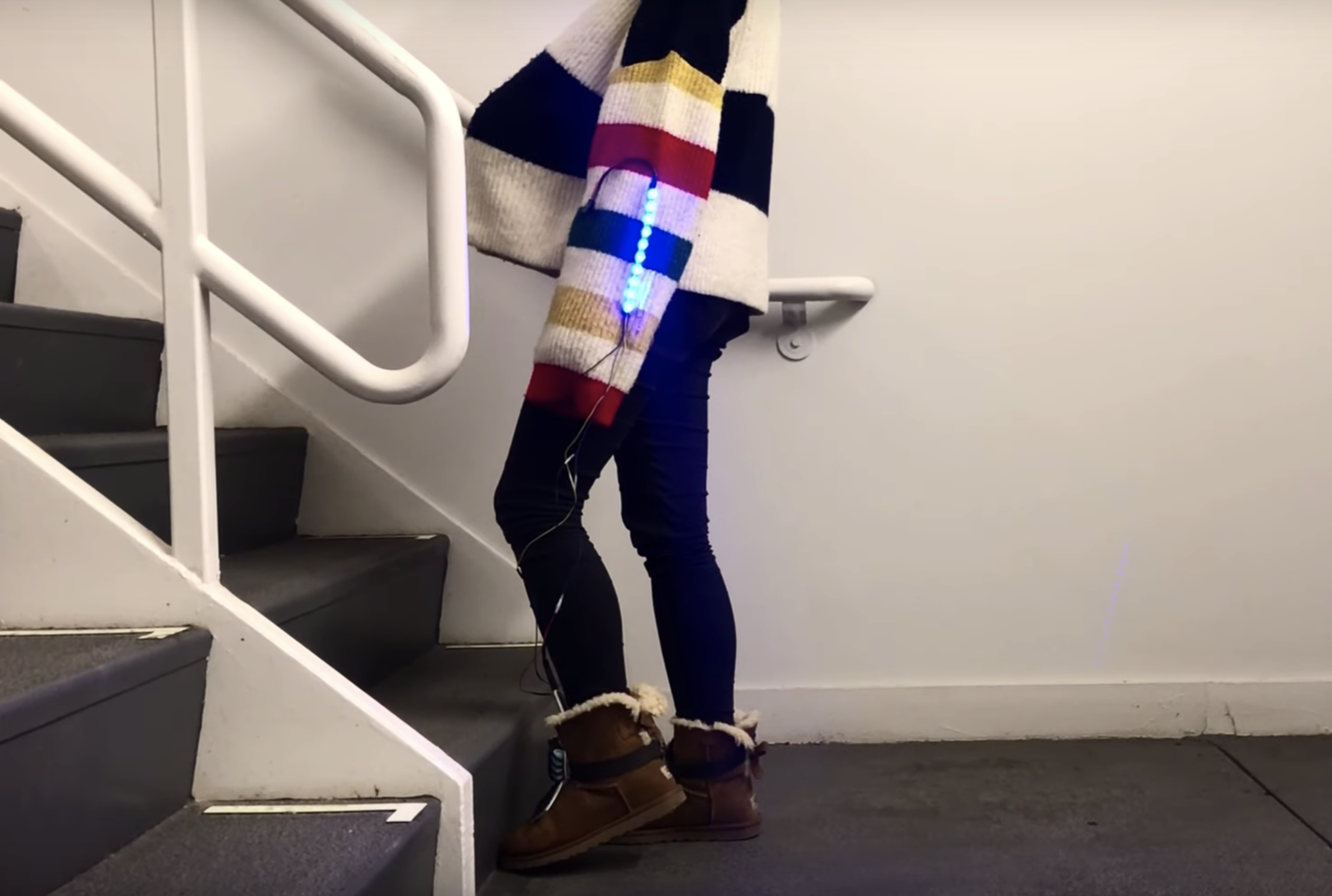 << Previous Project
Back To Project Page
Next Project >>